- janeiro 06, 2016
Alonso in favour of expanded F1 championship Fernando Alonso does not mind the calendar expanding to 21 races because it takes F1 to new audiences. The FIA approved a record 21-race calendar for 2016 which will see the addition of the Grand Prix of Europe in Azerbaijan as well as the return of the German Grand Prix at Hockenheim. While Alonso enjoys racing on traditional circuits - many of which have dropped off the calendar in recent years - he says the inclusion of new venues is a positive to expand the sport's global appeal. "At the end of the day it doesn’t change anything for us," Alonso said. "Going to some of the circuits that we raced on for all our careers, like Imola, Magny Cours, Istanbul – they are nice tracks and there is nice tradition there so you enjoy racing at those circuits. "When you go to new countries, you open the sport up to new people and to new generations so it’s also quite a good feeling. "We are travelling
2 comentários
Leia mais 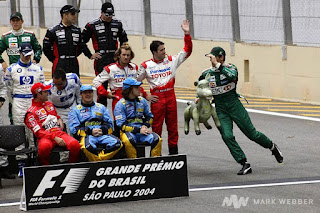 Ferrari driver Kimi Räikkönen has expressed his frustration at the similarity between Formula 1's modern Hermann Tilke-designed circuits, arguing that they "all look the same".  On the 2016 calendar, Sakhir, Shanghai, Sochi, Marina Bay, Sepang, Austin, Yas Marina and the arriving Baku street circuit were all masterminded by the German designer.  Speaking to Turun Sanomat, Räikkönen said: "When we go to a new track, we know what to expect. They all look the same. There are no trees or anything else in the landscape.  "Of course, each track is always a little bit different, and each corner at the track is a little bit different, but ultimately the new tracks are made up of Tilke corners."  Räikkönen added that he is a fan of Formula 1's more traditional circuits, and picked out four dropped venues that he would like to see return to the roster one day.  "Turkey (Istanbul Park) was a nice track," the 2007 World Champion exp
Postar um comentário
Leia mais 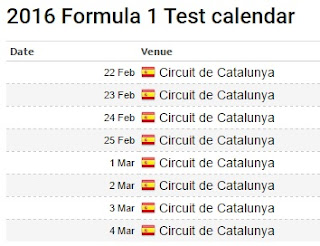