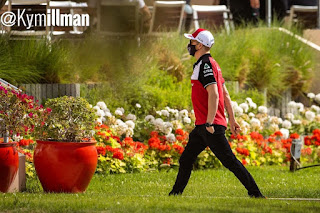 New Ferrari power unit an improvement over 2020 – Raikkonen  Written by Dieter Rencken and Will Wood  Kimi Raikkonen says Ferrari’s new power unit for 2021 already feels “better” than last year’s after the first two days of testing for Alfa Romeo.  Ferrari have produced a new power unit for this season after their 2020 campaign was heavily compromised by poor straight-line speed. Their customers Alfa Romeo and Haas also suffered poor campaigns as a result – Raikkonen scored just four points last year, the lowest total of his career.  Having completed over a race distance of running with the 2021-spec Ferrari power unit in his Alfa Romeo C41, Raikkonen says that the new engine is already an improvement, but that it was too soon to judge how it compares to the team’s rivals.  “I’m sure they’ve made progress,” he said. “It’s better, but then you would expect that the other manufacturers have also improved.  “But comparing what we had last year it’s in a better position. We’ll have to wait
Postar um comentário
Leia mais 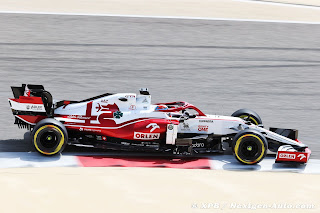