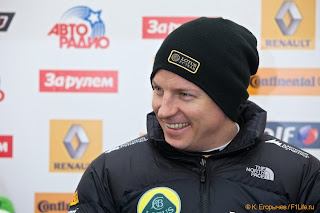 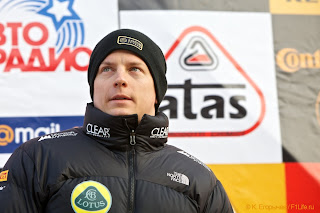 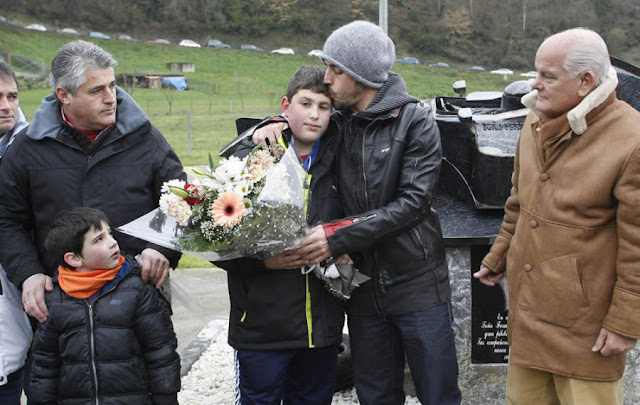 Räikkönen squeezed the champion of All Stars on Moscow ice

- fevereiro 23, 2013
Räikkönen squeezed the champion of All Stars on Moscow ice  F1 | Turun Sanomat  19:28  Kimi Räikkönen and Charles Pic took part in Russian All Stars -race as invited guests to race with Russian racing drivers on an ice-track in Moscow.  Although the visit on Saturday was a PR-event for Räikkönen and Pic, the Russian champions were racing seriously. Russian's oldest car-magazine "Za Ruljom" (Behind the steering wheel) arranges this traditional race.  They also have a tradition of inviting international stars to Moscow. Because Renault sponsors the event they sent Räikkönen and Pic there.  Räikkönen and Pic drove VIP-guests and media reporters around the track in a small Renault Logan. In between races the F1-drivers raced each other and Räikkönen was much more faster than Pic, as was expected too.  At the end of the event they arranged two super finals where each driver faced the winner of All Stars -race, the champion of touring-racing Kiril
Postar um comentário
Leia mais

Grosjean expects Lotus equality  Chris Medland at the Circuit de Catalunya  February 22, 2013  Romain Grosjean expects to get equal treatment with Kimi Raikkonen at Lotus this season, but admits "the team is surfing on his name". After Raikkonen returned to the sport in 2012 he enjoyed an impressive season to end the year third in the drivers' championship with one victory, while Grosjean showed flashes of pace but was banned for the Italian Grand Prix for causing a crash at Spa. Despite the contrasting fortunes last year, Grosjean says he's sure he'll get the same opportunities as Raikkonen this year on track, even though he understands why the team uses his team-mate more to gain exposure. When asked if he felt like he was playing number two to Raikkonen, Grosjean replied: "In terms of communication, yes it is. "I mean, Kimi had a very good season last year, he's been world champion once; it's normal that the team is surf
2 comentários
Leia mais 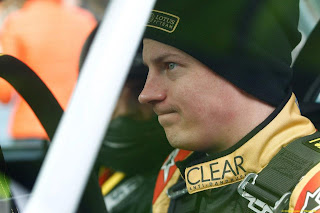