RAIKKONEN’S F1 EPILOGUE: HOW HE CHANGED AND WHERE HE STOOD STILL “No art,” says Kimi Raikkonen, interrupting The Race’s first question. “As a driver, you don’t need to think about what you’re doing, because once you have to think about it, something is not right.”    That might seem like classic Kimi Raikkonen, undermining the premise of a question to bat it away. But contrary to a reputation that is largely built on his curt responses in television interviews, when he is asked a wider question, he can be as engaged and insightful as any driver.    He is also a fascinating case study when it comes to understanding driving, regardless of whether he regards it as an art or not.    The 42-year-old retired from Formula 1 with a record 349 starts, 21 victories and the 2007 world championship on his CV. His two-part grand prix career was one of extraordinary contrasts, bookended by the flurry of excitement with his stellar performances for Sauber and a tame sign-off with the same team no
Postar um comentário
Leia mais 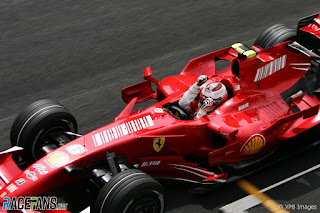