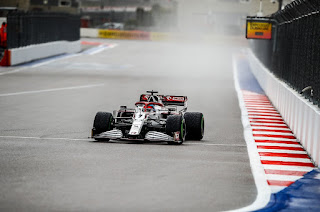 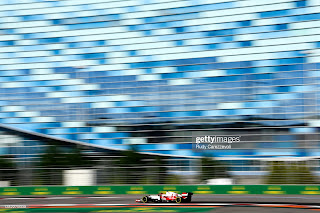 - setembro 24, 2021
Kimi 🎙️“It was an ok day to get back to the car. It didn’t feel much different than any other times, and the job we did wasn’t too bad. Things ran smoothly, the conditions were ok so we were able to do our work" #RussianGP pic.twitter.com/26FPh3GrwY — Alfa Romeo Racing ORLEN (@alfaromeoracing) September 24, 2021  Beijinhos, Ludy
Postar um comentário
Leia mais 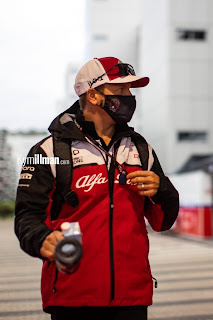 'Is Kimi Raikkonen weird?'  TG asks the Iceman the Big Questions Forget tyre compounds and understeer, we spoke with Kimi about the stuff that really matters  By Jason Barlow   Nothing lasts forever, not even Kimi Räikkönen’s Formula One career, although at times it seemed that it might. Winner of 21 GPs, with an incredible 341 race starts to his name, Kimi – and it’s always his first name – remains the most recent Ferrari world champion driver. Perhaps he should have won more races and maybe even another title or two, but one thing we know for sure is that Kimi isn’t overly bothered.  What does Kimi care about? More than you might think. In an interview ahead of this weekend’s Dutch GP at Zandvoort, his first since announcing his retirement, he opened up a little bit about how it felt to be lowering the curtain on a racing career that spans 18 seasons in the top flight. Although ‘opening up’ here is a relative term.  "I had a good run, I’m happy with what I achieved. Obvi
Postar um comentário
Leia mais