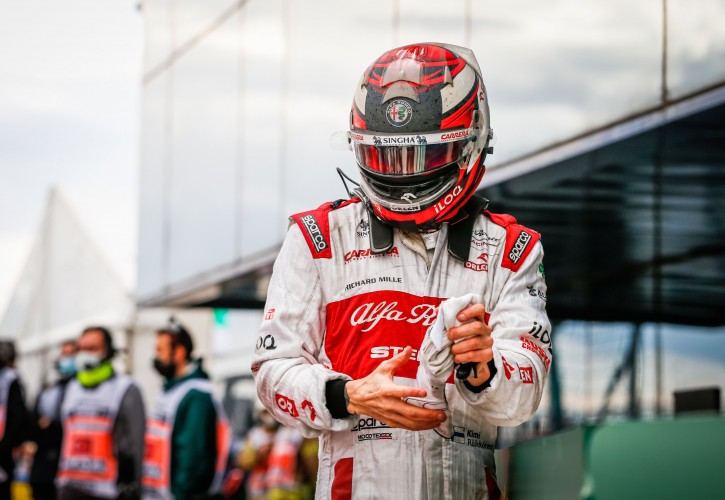 Raikkonen weighing 'nice things' for racing post-F1
Kimi Raikkonen could return to rally driving or US stock car competition once he finally decides to end his record-length tenure in Formula 1.
The 41-year-old made his F1 debut in the 2001 Australian Grand Prix with Sauber, and since then has completed 329 races with teams including McLaren, Ferrari, Lotus and most recently Alfa Romeo.
He also took a two-year sabbatical from F1 in 2010-2011 during which time he competed in the World Rally Championship, and took part in races in the NASCAR Nationwide Series and Camping World Truck Series.
Both WRC and NASCAR are among the possible future destinations for the Iceman once he decides to move on from Grand Prix competition - but he's not limiting himself as he contemplates his options.
“There are many fun things to do, but I'm not going to think about that until I stop racing Formula 1,” Raikkonen told Formule 1 magazine.
“Whether it's rally, NASCAR or a completely different racing class, we'll see then," he said, adding that endurance racing was also a possibility.
“Oh yes, that would be great fun!," he replied when asked whether competing in the 24 Hours of the Nurburgring with his friend Toni Villander would appeal to him. "But as I said, there are plenty of nice things."
Raikkonen is already the oldest man on the grid, and last year surpassed Rubens Barrichello's record for the most Grand Prix starts at the Eifel GP.
Many had predicted he would retire after a disappointing 2020 season for Alfa Romeo, but he shows no signs of planning an exit any time soon.
“If I didn't like it anymore I would stop,” he acknowledged. "That is the condition for me to continue: that I like it. That seems logical to me, then I wouldn't waste my time travelling around the world."
Alfa Romeo team boss Frederic Vasseur is convinced that Raikkonen remains as committed in his driving as ever.
“He is motivated and doing a good job," he told GPFans Global. "I think the motivation is there, that is the most important for me.
“It's just a matter of commitment and motivation, and the commitment is still there," he insisted. "Kimi is more than motivated. I am optimistic for the future."
But Vasseur admitted he wasn't sure how long Raikkonen would stick around.
"We treat it one by one," he said. “We have to be realistic and stay focused on this year and see what happens next year.
“I don’t want to think about 2023 or '24. Let’s do 2021 and then have the discussion during the course of the season.”
Fonte: F1i.com
Só o Iceman sabe como ele vai curtir a vida depois da F1, mas eu sinceramente se tivesse que escolher um que eu prefira para ele, seria o WRC. Não curto corridas na Nascar, gente, não consigo.
E como bem disse o Vasseur, é ano por ano que a gente tem que lidar. Há muito tempo já desisti de tentar saber quando o Iceman vai pendurar as luvas na F1.
Beijinhos, Ludy
Kimi Räikkönen Nascar WRC