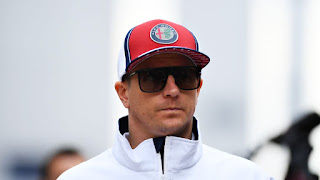 Kimi Raikkonen: 'I never would have believed I would be in F1 at 40'

In an era when Formula 1 is geared towards youth with its driver line-up, it is refreshing to see a mature Kimi Raikkonen lead the charge for the veterans within the sport.

Raikkonen has astounded himself by the fact he is still in F1 at the age of 40, the Finn celebrating his milestone birthday three weeks ago, at a time when half the grid is 25 or under.

It is astonishing to think McLaren's Lando Norris was just 15 months old when Raikkonen made his F1 debut in March 2001 at the Australian Grand Prix with Sauber, a team that at the start of this season morphed into the one he currently drives for, Alfa Romeo.

Eighteen and a half years on, Raikkonen is still a key figure at the heart of the sport's landscape, and with his enjoyment still as high as ever, the father of two shows no sign of slowing down.

"I don't think I would have believed someone if they'd told me back then I would still be racing in F1 at the age of 40," Raikkonen said, speaking exclusively to Yahoo! Sport.

"Obviously, at that time, it was all about simply trying to drive well and stay in F1. Nothing was guaranteed. 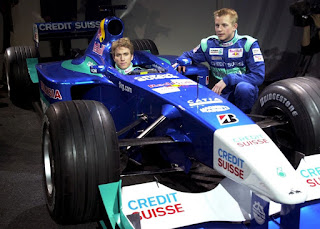 "Obviously, I left for a couple of years (in 2010 and '11), and if I hadn't have done that then I wouldn't be here today because I was pretty fed up, not with the racing, but with the politics and other nonsense."

Raikkonen has always been driven by his pure love for racing. The rest of F1 is anathema to him, including media interviews which he perhaps understatedly says he has "never been a big fan of".

At least an older, wiser Raikkonen appears more relaxed these days in an interview, compared to the Raikkonen of just a few years ago who was renowned for his mumbling, monosyllabic answers, part of his character that has made him a cult hero with many F1 fans.

Raikkonen has been grounded by his two children, Robin, 4, and Rianna, 2, who have provided him with a different perspective on life.

"It has changed things a lot," said Raikkonen with regard to being a dad. "If I were still on my own then life would obviously be very different.

"Kids change life a lot in many ways. Not all days are nice but that's how life goes. In many ways, it's much harder, but the purpose of life is a lot different.

"Of course, the racing takes up a lot of time, and in that way, it's a big part but it's only racing. It's never been the most important thing in my life." 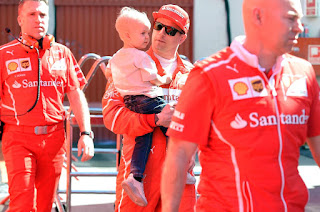 Robin, in particular, has just started go-karting, which has Raikkonen, by his own admission, a little concerned.

"Having kids you obviously worry much more, which is not a nice thing but it comes normally," said Raikkonen.

"Like our son is doing go-karts here and there, and I see a lot of things, I know where the danger is. Kids don't think that way, they don't care, but automatically you start to worry.

Away from the track, and aside from the focus on family, Raikkonen remains a fiercely private individual.

In public, in the days in between the recent double-header in Mexico and the United States, Raikkonen visited an education project in Mexico City run by Save the Children, and followed that by launching his own clothing range, simply entitled KIMI, with West Coast Choppers.

While both events were naturally important to Raikkonen, he concedes that such charity work and business interests encompass but a fraction of the time he devotes to stuff that doesn't make headlines. 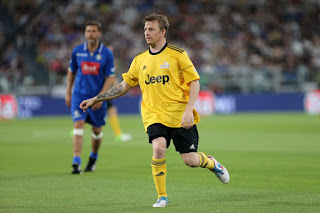 "I do a lot of charity work but I never tell anybody," said Raikkonen.

"I'm not the type that does things to get my name in the newspapers. I'd rather say nothing and be in the background. I always try to keep it quiet. No-one needs to know because that's not the point of helping somebody.

"It's more about helping. I don't want anything out of it, or to make me feel better. I don't want people to know because that's not how it should be. You do it because you feel it's right."

It is the same philosophy when it comes to business. Raikkonen added: "My plans outside of racing have been going for years and years in the background.

"With the clothing, it's just something that came up. I had something some time ago but it was not working as I wanted.

"This one made a lot of sense. A fun thing to do. It's not about trying to sell as much as possible, and there's also a little charity involved. 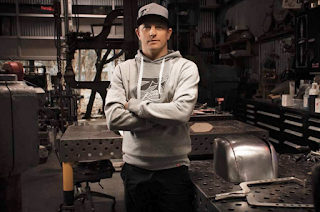 "The bigger picture for me is that if I do something it has to make a lot of sense and be fun."

For now, continuing in F1 still makes a lot of sense and is fun for Raikkonen, who has a contract with Alfa Romeo that takes in next year when he will turn 41.

Beyond that, when new regulations kick in that are intended to make racing closer and more appealing for all concerned, Raikkonen is unsure.

"It's still so far away," he says with typical ambiguity, a trait that has not deserted him when it comes to talking about his F1 future.

"Let's hope the new rules work, not just for the drivers but for everybody. It will be much better.