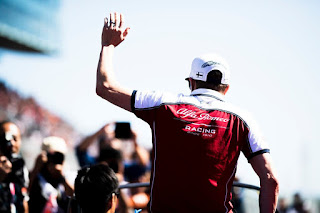 “It’s a disappointing end to our weekend. We always do all we can to bring home a good result and in the end the car was pretty good on the last set of tyres. We were running three, four seconds faster than earlier in the race, but unfortunately by then we had lost a lot of time and our afternoon was compromised. We couldn’t find a good balance in the first two stints on medium and hard tyres, they just wouldn’t work and I had no front end. We have to look at the data to understand what happened and figure out what to fix, so that we can consistently have the performance we had in the final part of the race.”