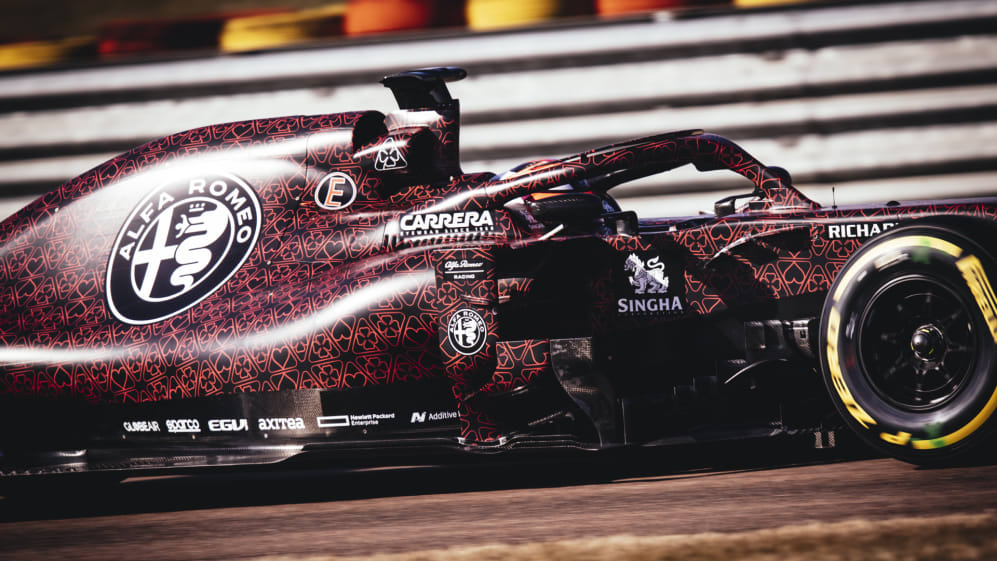 Thanks to a last minute dash to the airport by Antonio Giovinazzi to pick up a crucial car part, his 2019 team mate Kimi Raikkonen was able to take Alfa Romeo’s new challenger out for its first spin at Fiorano on Wednesday…

Alfa Romeo caused a stir when they revealed a one-off 'love' livery for the shakedown on Valentine’s Day, with 2007 F1 world champion Raikkonen completing 33 laps, that was within the 100km restriction enforced when completing a filming day.

“We had a good session on track,” said Raikkonen. “The car felt good and I was able to get a first impression of the car we will be running this season.

“We will work on the last few details and head to Barcelona for two weeks of testing. I look forward to getting to know the car better there.”

Teams use filming days as shakedowns in pre-season because it’s a useful opportunity to perform system checks while also giving them time to iron out any niggles that might arise so they can hit the ground running when testing begins.

“After a long winter we are happy to be on track with our new car for the first time,” said technical chief Simone Resta. “The focus of our work today was on aerodynamic, set-up and cooling checks. We ran for a total of 33 laps and will use our data to establish how the new regulations will affect the behaviour of our car.”

Team Principal Fred Vasseur added: “The whole team is pushing to start the season with the best possible base. Our drivers and crew are motivated, and we look forward to heading into the championship and delivering a strong performance.”

Alfa Romeo will reveal their 2019 challenger officially on the morning of the first pre-season testing, which begins on Monday at the Circuit de Barcelona-Catalunya in Spain.