F1 is the ultimate mental and physical test – Mark Arnall 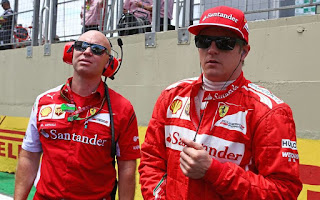 Formula One drivers work and train ceaselessly to get the best out of themselves in the short, but all-important minutes they spend in their racing office. F1technical.net’s Balázs Szabó met Kimi Räikkönen’s physiotherapist

Mark Arnall during the Italian GP to talk about the challenges F1 cars pose. Mark Arnall is the Finn’s personal trainer, dietician, massage therapist, personal assistant, nutritionist, minder, wardrobe assistant, confidant and close friend. He has been working in Formula One since 1997 and has been Kimi’s trainer since 2002 which was the Finn’s second season in the Moving Circus and the first at the McLaren-Mercedes team.

Arnall himself was not a true fan and follower of the sport before entering it. He was working at the University of Surrey and taught climbing and skiing. A guy who was working for McLaren visited him and asked him whether he would be interested in working at McLaren as sports therapist. At the traditional British team, he started looking after Mika Häkkinen before concentrating on Kimi Räikkönen. He moved with the Finn through his various motorsport endeavours including his time in rallying and Nascar.

Drivers undergo an intensive period of cardio-vascular training before the season kicks off. Arnall thinks the biggest test for drivers is always the first test as driving a racing car cannot be simulated one to one.

“I think it is always difficult when you go to the test for the first race of the year in Barcelona. I think going from the winter period when you haven’t driven and going to Barcelona in that first test, you always have a situation when it feel pretty (bad)," Arnall started his assessment.

Driving racing cars is often not considered as pure sport. Many compare that feeling with the one you can get by controlling a road car. Drivers experience G-forces which nobody can get close in a normal road car. 4G while cornering, 5G while deceleration and over 20G during nasty accidents. Drivers can sweat off anything up to 3kg of their body weight during a hot Grand Prix. The head, neck, heart, legs and arms are put under enormous pressure while drivers are battling on the track.

“"Normal people never actually get driving a Formula One car. So they don't really know what driving a Formula One car feels like. I think obviously from the driver's point of view drivers starting carts, obviously over the process they train to be able to deal with those stresses. I think you've got every element, you've got the fitness element, all drivers have to develop a certain level of fitness."

2017 saw the introduction of a rewritten technical regulation

Formula One has changed dramatically for this year in technical terms. Aerodynamic downforce increased by around 30 per cent compared to the previous years. Even if the car weight rose to 728kg, this downforce gain enables incredible cornering speeds which result in enormous loads which drivers have to cope with. Arnall thinks more experience drivers did not have to carry out specific training as they have driven the early 2000s beasts.

“I think again it depends on the driver. Somelike like Fernando, Kimi, Jenson Button who have already experienced those sort of levels of the past. We have changed Formula One from refueling during a race to fuel at the beginning and rather to end the race on one tank. With the cars are so much slower at the beginning of the race, for me when I heard about the increase in downforce levels, we had to focus on training a little bit more on the strength (of the neck). We increased the strength training in those different areas, but I didn’t really think it can be a major problem, certainly for Kimi.”

Drivers are some of the most highly conditioned athletes on earth, their bodies have to be adapted to the very exacting requirements of top-flight single-seater motor racing. F1 drivers have to face and bear vast loading, anything up to a sustained 3.5 g of cornering force. This means they have to be enormously strong to be able to last for full race distances and keeping their concentration high. 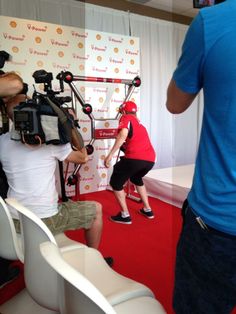 "G forces raise multiple problems on the body. Obviously the neck is the obvious one, but the internal organs have also go through that G force. We work a lot on different things, for example (There is) an asymmetrical load, you are braking very heavily on the left leg and you are not doing so much in terms of pressure with the right leg. So you develop an asymmetry which is a challenge from the training point of view, you have to balance it out. From the fierce physical point of view I think a lot of things are down to" driving the car which is very demanding in itself.”

Concentration is the biggest treasure

In a simple way, the fitter the driver, the less susceptible he is likely to be to fatigue-induced lapses of concentration. Arnall considers the concentration as one of the most decisive factor in racing an F1 machinery.

It is also extremely important that drivers drink large amounts of water before the race because failure to do so could bring on severe dehydration and possible cramping. Drivers carry drinking bottles with them through races, however there was one driver in the field who gave up on it to save some weight which is essential to lap time. Arnall thinks it is only possibly in races which took place in cooler conditions.

"When you look at Formula One, the dehydration which does occur throughout the race" It is a result of the "air temperature, track temperature. Dehydration has a big effect on performance in terms of reaction speed, muscles, concentration level. I think the biggest thing with Formula One is your reaction time, your concentration. One tiny error normally means you are off the track," concluded Arnall.