"Why I’m Racing in the Indy 500" by Fernando Alonso


Fernando Alonso: Why I am racing in the Indy 500 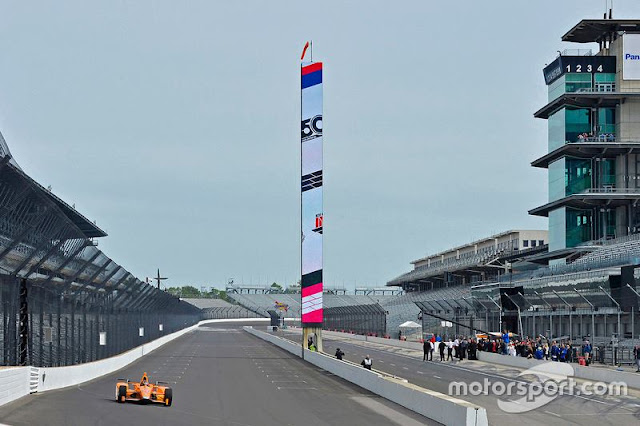 The first car I ever raced in was not built for me.

It was for my sister.

My dad wanted her to drive go-karts, like he used to. So, in our garage, he built her one - from scratch. The only problem was, she was an eight-year-old girl who had no interest in spending her weekends racing around the go-kart circuits of northern Spain.

So he put three-year-old me in there. The kart was a little big at first. I couldn't quite reach the pedals, but we adjusted the seat, moved the pedals up and made it work.

I loved driving, but I loved just as much the time with my family. My mum, dad, sister and I would drive to different tracks and spend our weekends there. Every day I would race for a few hours and then play soccer in the Spanish sun with my friends. Those days are still with me every time I go to the track today.

I learned a lot about driving in those days, but just as important, I learned something about myself:

I love to race. Like really, really race. And that's why on May 28, the biggest weekend in motorsport, I won't be with my Formula 1 team at the Monaco Grand Prix.

I will be in Indianapolis. Racing at the Brickyard. Because I need to be. The Indy 500 is one of the greatest events in the sport. Drivers all over the world know this. I belong there. Because I'm a racer.

I always have been, and I always will be.
Go-karting is racing in its purest form. It's tight driving on small circuits with lots of overtaking and battling. As a driver, you learn the art of racecraft there. Like I said, my father built our go-kart, and most of our money went to travel expenses, so that kart had to last us a couple of years. Even the tyres had to last. We had just the one set.

But those types of problems, they help you learn.

One race, during one of my first seasons, it rained. That day, I saw a wet tyre for the first time. It was on another car beside me on the grid. I really had no idea what it was. It was much rougher, giving greater grip in wet conditions.

I raced on slicks (dry tyres) in the rain - that's all we had. But it wasn't strange to me, because it's all I knew. I had been driving on them for a couple of years, I knew what they could do. I had to be more cautious, more precise.

I was only six, but I was adjusting on the fly. I took wider entries into corners so I could get the nose pointed straight and get back on the power quicker. I adapted, because I had to. I learned and I grew, and I loved it.

As I took it more seriously, I also started to learn more about the tracks I was driving on. I enjoyed learning the specifics of a circuit - I wanted to know everything about every single turn before I even got in the kart.

When I was 13, I was improving quickly and I started spending time in Italy working with an engine manufacturer and learning everything I could. It was there I started to get a complete understanding of my kart. Plus, I got to miss school when I went to Italy … and I liked that. I was chasing a different type of knowledge.

In 1996, I won the Junior World Cup of Go-Karting. After that, my family and I thought I may have a future in racing.

But what was that future?

In the '90s in Spain, Formula 1 - and motor racing in general - wasn't very popular. Our country loved football and motorbike racing. I didn't know anything about the big European championships. I didn't even know who Michael Schumacher was.

In 2000, I made the jump to Formula 3 in Europe. We raced on some of the most historic circuits in the world, like Spa and Monaco, and my eyes were opened to the history of motorsport.

I used to think the go-kart circuits in Spain were everything. But there I was in Monaco, and I was shown a whole new world. Between race weekends I would look up guys that I kept hearing about in the paddock. Guys like Schumacher, Ayrton Senna and Alain Prost. And the more I learned about them, the more it motivated me. I wanted to get to that level.

A year later, I was in a Formula 1 car for the first time. After my rookie season with Minardi, I spent the next year as a test driver for Renault. A year after that I was a full-time driver for them. In 2003, I earned my first pole and podium, in Malaysia, and my first win, in Hungary.

Sure, I remember all the wins and the championships. But some, like that first victory, are special. Those are the races where you remember everything - down to what you had for breakfast at the hotel. Those are the ones that I love.

A couple of years later, in April of 2005, I had another one of those races.

It was the San Marino Grand Prix at Imola in Italy. I had qualified in second just behind Kimi Raikkonen the day before. But Sunday morning, my team, Renault, had an issue with our car.

One of our V-10 cylinders wasn't working. We basically had a 9½ cylinder engine, which is not ideal. The power input was down from the engine - we were slower. We considered replacing the engine with a new one, which would have resulted in a penalty and put us at the back of the grid for the race start. Or, we could stick with it and take whatever result came.

We stuck with it.

Just nine laps into the race, Kimi retired due to a driveshaft issue in his car. I led for the next 50 laps. The car felt good. A little less power than usual, but I was in a rhythm.

With 12 laps to go and still in the lead, I went into the pits for fresh tires. When I got back on the track, I looked in my mirrors, and all I saw was bright red. Schumacher was pushing me hard. He had more power that day and … yeah, he was so fast.

I adapted. I tried to keep him behind me at all costs. It was as much a mental battle as physical. Michael was diving at me every few corners, trying to get a young kid to make a mistake.

But I didn't. I held on for the win, and even now, that is maybe my favourite race I've ever driven. Or at least it's up there (it's hard to just have one). I remember it so fondly because my team and I overcame the odds from the morning and used all of our ability to get that win. It wasn't like any other race I had really ever driven. It was totally new.

Now, it's time for something else new. A new track. A new car. A new world. 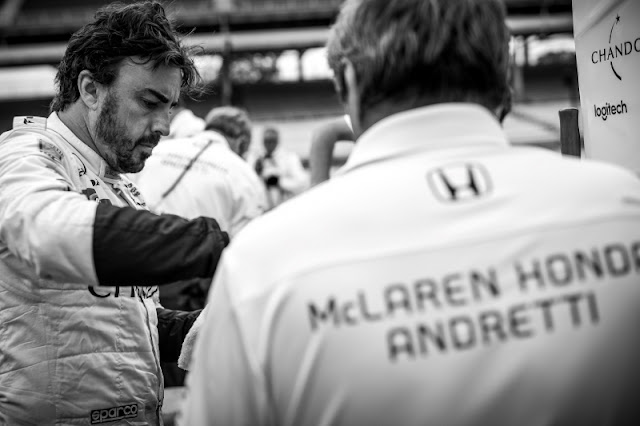 I have been thinking about Indy for four or five years now. I had seen a few races, but didn't know too much about the series. I knew some of the names, and the teams, but basically it's all new information for me. So I am back to doing what I love again, learning. Everyone - from the team at McLaren Honda Andretti, to the people I've met during my time in America - has been so helpful.

The only people who aren't so helpful are the other Formula 1 drivers, because they're all jealous. I joke (not really). They are all very supportive of me and keep wishing me good luck. We're a tight group in the F1 paddock.
It means a lot when one of us does well in another series. When Nico Hulkenberg won at Le Mans in the FIA WEC in 2015, it was a big deal for us.

It's hard to miss the Monaco Grand Prix, but the tradition at Indy is tremendous as well. I keep hearing about it from everyone I speak with. I can't wait for the prerace ceremonies and the atmosphere.
Here I am, a veteran driver, but it's all brand new to me. The anthem, the circuit, the racing - I'm very thankful to experience it. I'm going to try and enjoy my time outside the car as much as I can. Because once race weekend comes around, it's go time.

Thanks to the simulator testing, I felt like I knew my car before I got in it last week at Indy. But once I did, there was one thing that nothing could have prepared me for: the raw, unfiltered feeling of power.

Indy cars are a little more simple than the F1 cars, so it's more pure. There's less mechanical grip here, so the throttle has a bit more punch. It took a little time to get comfortable, but the team did a great job preparing me. My biggest takeaway from being behind the wheel was just sheer excitement. I can't wait for May 28.

Like my first go-kart, this car wasn't built for me. I'm not the intended driver, but I'm going to do everything I can to make the people who built it proud. And maybe this will be the start of a new journey for me as well.
And I want to make something clear. I'm not coming for a "week off" or to just have fun - I am a racer, I am coming to race. Above all, I hope this is an experience I can take with me for the rest of my life. I hope the feelings I feel, and the things I see stay in my mind forever. 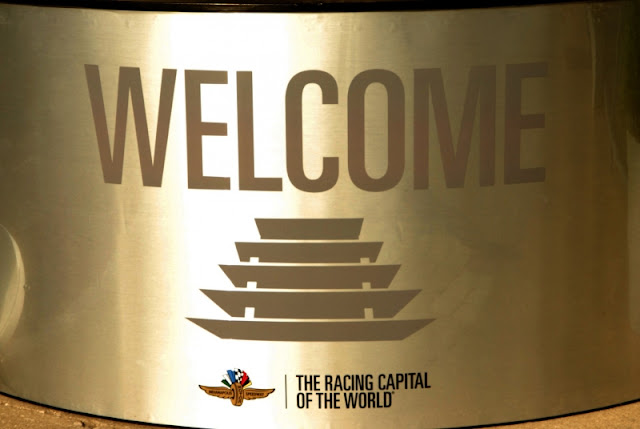 And I hope that at the end of those 500 miles, I've learned something that I never knew before.