Hartwall Ltd and Kimi Räikkönen agreed on long-term partnership on Thursday 19 January: Räikkönen will support Hartwall Original® Long Drink on its mission to conquer the world. The collaboration with the famous formula one driver helps Hartwall achieve its growth targets and increases the popularity of Original Long Drink in export countries, Asia in particular.

Hartwall Original Long Drink is a classic among Finns. It is made from Finnish gin and grapefruit, using the original recipe from 1952. Original Long Drink has been the best selling product in Alko for years. Hartwall is partnering with Kimi Räikkönen in order to increase the worldwide popularity of the product. The focus of the collaboration will be on making Original Long Drink better known in both existing markets and new export countries.

Hartwall’s classic beverage is currently sold in around 15 countries, and the product has been recently launched in many new markets. Its newest markets are Japan, Taiwan and Hong Kong.

“Exports are an important part of Hartwall’s growth strategy, and we will invest strongly in them in the near future. The exporting of Original Long Drink has had a promising start in many markets, people are fascinated by the unique product. We believe that partnering with Kimi will make the product even more popular, particularly in Asia, and pave way for Hartwall’s other brands,” Hartwall CEO Kalle Järvinen says.

The collaboration was Räikkönen’s idea

Hartwall will launch its new international marketing concept for Original Ling Drink later this year. The concept is firmly rooted in Finnish lifestyle and originality.

“There is something original in the Finnish mindset. People are unpretentiously themselves and let others be the same way. Kimi Räikkönen is an excellent example of this. And the great thing is that it was Kimi who first suggested this partnership. Kimi really puts his heart into exporting Original Long Drink,” Brand Manager Eeva Ignatius says.

“I only take part in a project if I have full faith in it and can stand behind the product. Hartwall Original Long Drink should become Finland’s national drink, there is nothing if its kind elsewhere. We can be proud of it! It’s great to help Original Long Drink on its quest to conquer the world,” Kimi Räikkönen says.

From the Olympic Stadium to the world

Hartwall Original Long Drink was created for the 1952 Olympics in Helsinki. The purpose of the new ready-mixed long drink was to help the bar staff serving the visitors. It was an innovation of its time: a ready-mixed beverage with a unique taste made from Finnish gin, grapefruit and the purest water in the world. The new package design represents the running track at the Helsinki Olympic Stadium, reminding us of how the classic was born.

“Hartwall Original Long Drink holds a special place in Finnish hearts. Many call it the national drink of Finland, because it is a unique product worldwide that originates from Finland,” Ignatius says. 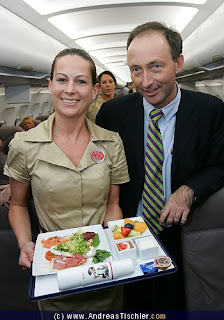