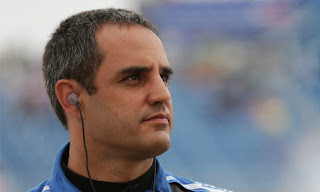 Juan Pablo Montoya has led the championship points from the outset of the Verizon IndyCar Series season by virtue of his victory in the March 29 Firestone Grand Prix of St. Petersburg and subsequent top-five finishes at New Orleans, Long Beach and the Angie’s List Grand Prix of Indianapolis on May 9.

It’s especially consequential to Montoya, who said the remainder of the 16-race season plays into his strengths. He leads Team Penke teammate and reigning series champion Will Power, winner of the Angie's List Grand Prix of Indianapolis, by five points (171-166). Helio Castroneves, who is seeking his fourth Indianapolis 500 win, is 10 points behind Montoya.

“We’ve got ourselves better and better as the year has gone on, and (the points lead) is good because I felt this would be the weakest part of my season,” Montoya said of the five road/street course races. “My goal this year was not to lose that many points coming to Indy. I know our strong part of the season should be the ovals, some of the road courses.

“I was looking forward to not be that far behind because I know once the ovals start I can make up some points. Having the points coming into Indy, it's encouraging. We were fastest in the open test (May 3). The car felt really good, too.”

Most recently, the biggest improvement over 2014 – Montoya’s first season back in Indy car racing after a 13-year absence – has come in qualifying. He advanced to the Firestone Fast Six, which determines the Verizon P1 Award winner and the first three rows on road/street courses, twice in the 12 races. This season, he qualified fourth and second, respectively, on the St. Petersburg and Long Beach street circuits, and was especially pleased by starting fourth on the Indianapolis Motor Speedway road course.

“If you look at NOLA, look at Barber, we were off the pace. Finally learned what we need to run in the car,” he said. “We figured out the street courses; we're really strong there. We found it here with the road course. I'm really happy with where we stand right now. Something that we have that really helps, being with Penske, you have four strong drivers, four ideas, four directions. Somebody's going to get it right. It means 90 percent of the time you're going to have a fast car.”

Now his attention turns to the 2.5-mile Indianapolis Motor Speedway oval, where Montoya qualified 10th and finished fifth last May. He won the race in 2000 after starting second. Qualifications are May 16-17 and the 99th Running of the Indianapolis 500 Mile Race on May 24.

“Physically, the GP is harder and the ‘500’ mentally harder because of how precise you have to be with the margin of error,” he said. “It’s a longer race, more chances for you to (mess) up. If you can minimize the mistakes, then you can have a shot at it.”