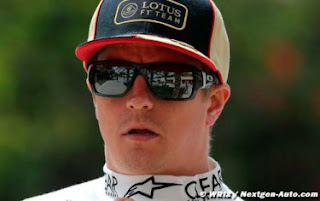 Lauda, the F1 legend and now Mercedes chairman and co-owner, enticed Lewis Hamilton to switch camps from McLaren over the winter.

And now he thinks Red Bull would be wise to snap up Finn Raikkonen.

The 2007 world champion had a solid return from world rallying and Nascar last year, and so far in 2013 is a mere 3 points from leading the drivers’ standings.

Red Bull’s Dr Helmut Marko, and even team owner Dietrich Mateschitz, have already declared their interest, as Mark Webber’s contract runs out and the Australian is linked with Porsche’s 2014 Le Mans foray.

"It is not the question of how I am going to keep him (Raikkonen)," Lotus’ Eric Boullier told F1’s official website, "it is a question of does he want to stay?"

Understandably, Boullier admitted he thinks the 33-year-old would be unwise to swap his comfortable situation at Lotus "to race against Vettel at Red Bull".

But Lauda thinks the inimitable Finn should be Red Bull’s target.

"He is sensational, a cool guy, and absolutely on the level of Vettel, Alonso and Hamilton," the triple world champion told Germany’s Bild newspaper.

"Kimi is definitely a title contender.

"If I was Red Bull and I wanted to change something with the drivers, then I would definitely go for Kimi.

"He is the best driver on the market by far."