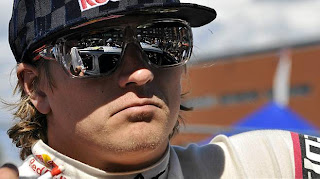 According to the Kimi Räikkönen's PR manager Riku Kuvaja, the hospital trip was mainly a precautionary measure.

Kimi Räikönen was forced to abandon his plans to attend the motorcycle trade fair held in Helsinki in connection with the planned launch of his motocross team project.

Instead of the exhibition centre Räikkönen ended up in the hospital because of stomach symptoms. Raikkonen was in the Meilahti hospital, located in Helsinki on the night between Wednesday and Thursday.

-Yes, that is the case, Räikkönen's PR manager Riku Kuvaja confirmed to IS on Friday.

Kuvaja did not want to go into the details, but confirmed that the hospital trip will not affect Räikkönen's future plans.

- Kimi is ok. It was not too serious, it was food poisoning or some other stomach illness.

- The hospital was visited just in case.