Co-driver promises: Kimi can do much better 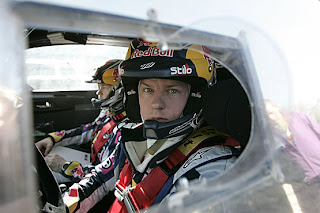 Co-driver promises: Kimi can do much better
Kaj Lindström, who reads notes for Kimi Räikkönen in WRC, is convinced of the former F1 driver's talent in the rally car.
-We've made progress in every race which is the most important thing for us this year, Lindströn said in a press release of the Citroen junior team.
The next WRC race is driven on Germany's tarmac roads next weekend.
-Our performance in the first asphalt rally in Bulgaria was the most impressive one this season. I know that there's a lot more to come from Kimi, Lindström continued.
Räikkönen himself goes to Germany with a cautious mind and is aiming for a good position.
-This is a new competition for me again. In my first asphalt rally with the Citroen C4 WRC car I immediately found a good feeling. The most important thing for me is to get used to driving a WRC car on this surface. Based on my previous experience I can say that driving on tarmac feels a bit more natural for me but driving a rally car is still a copletely different thing than driving on track, Räikkönen reminds.
Fonte: MTV3/Dica: Luieluv/Tradução para Inglês: Dracaena
E eu só digo amém para o que Kaj diz!! Ele sabe bem do que fala!!! Amém Kaj!!! hahaha...
Beijinhos, Ice-Ludy
ADAC Rallye Deutschland 2010 Kaj Lindström Kimi no Rally Kimi Räikkönen Season 2010 WRC