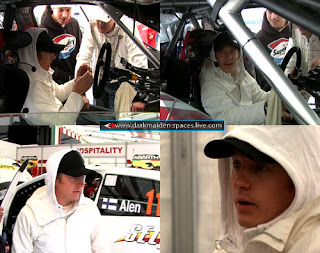 Kimi Räikkönen will be jumping into a rally car towards the end of this month.

From January 22nd to 24th, Räikkönen will participate in the 44th Arctic Lapland-Rally in the mountains. The Formula One driver, who supports ice hockey team the 'Blues' diligently, was seen in the box of LänsiAuto Arena in November in Espoo.

At the box of the Barona arena, a familiar man was seen when Kimi Räikkönen took soft drinks and encouraged the host team. Eventually though Räikkönen had to end the night with a disappointed Espoo loss like others in the stands, he was still able to take solace from the idea that, unlike the ordinary viewers, he will soon be at the wheel of a Rally car.

Räikkönen’s name can be found on Finnish Rally Championship list of the SM-season opening round for the Arctic Lapland Rally Champion, in Rovaniemi. This makes Kimi the second F1 world champion to take part, as Mika Häkkinen has also registered for the Snow Rally.

Räikkönen will participate in the competition with a Fiat Grande Punto S2000, with Kaj Lindström as his co-driver. Häkkinen’s Mitsubishi co-driver is the experienced Ilkka Kivimäki.

Before, the competition known as Tunturiralli, is not unprecedented interest in the F1-scale. The interruptions of Keke Rosberg in the snow spout are already a part of the nation's history and the target entrance was difficult also to Jyrki Järvilehdollekin. Häkkinen is already a familiar sight in Lapland, having participated 3 times in the past, and the McLaren boss Norbert Haug has also visited there to flash his wheel [driving] skills. Heikki Kovalainen, subordinate to the German, has also paid a visit in point place of the rally. Although he has read the driving notes for Janne Tuohinolle.

Rovaniemi and Kemijärvi confirmed late on Wednesday evening of Kimi's participation in the rally:

"We are very pleased that we were able to have a mega-star of motor sport participate," stated competition organizer Heikki Poranen.

"A lot of background work has been done, thanks to the good friends and the right telephone numbers," Poranen continues. Poranen also revealed that they had tried to involve the seven-time Formula 1 champion, German Michael Schumacher.

"World-class Formula One driver involvement in the Rally is extremely rare, so the international media is guaranteed to now be interested in the Arctic Lapland Rally," Poranen believes. 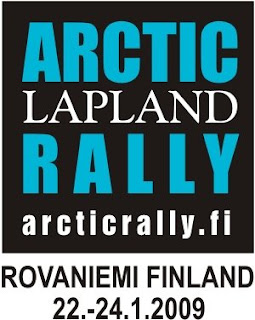